Métis Nation Flag Raised in Guelph and Across the Region 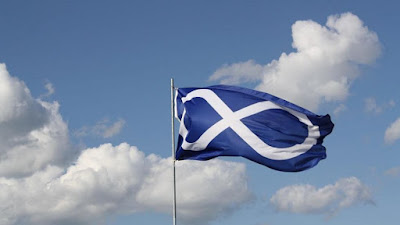 This week, the Grand River Métis Council are marking Louis Riel Day and the 200th anniversary of their flag by raising the blue and white over city halls around the region.


Yesterday, President of the Grand River Métis Council Jennifer Parkinson and Mayor Cam Guthrie raised the Métis flag at Guelph City Hall with kids from the Sacred Heart Catholic School. "Raising the 200-year-old Métis Nation flag at Guelph city hall recognizes our historic leader Louis Riel and celebrates our rich Métis heritage," said Parkinson. "We are grateful to Mayor Guthrie and the city for helping commemorate this important event in our national heritage each year."
The Métis flag will be raised today at Cambridge City Hall and Kitchener City Hall, and tomorrow at Waterloo Region Museum on Louis Riel Day. On Saturday, commemorations will be complete with a flag raising at Waterloo City Hall.
The year 2016 marks the 200th anniversary of the first flight of the Métis flag, which was raised at the Battle of Seven Oaks in what is presently the City of Winnipeg where the Métis fought the Hudson's Bay Company over buffalo hunting and pemmican trade. The flag, a white infinity symbol on a blue background, represents the joining of two cultures—First Nations and European—and the existence of the Métis people forever.
Louis Riel is the Métis leader and hero who led two rebellions against the then newly formed Canadian government in the 1880s. His life is commemorated on or around November 16 because he was executed on November 16, 1885 after being found guilty of treason and in spite of the fact that the jury recommended mercy.
The Grand River Métis Council is a regional council of the Métis Nation of Ontario, the organization representing Ontario’s Métis people, recognized in Canada’s constitution as one of three aboriginal peoples, First Nations, Inuit and the Métis. The Council serves Métis citizens in Guelph, Kitchener-Waterloo, Cambridge and surrounding areas.
The Métis flag will ply over City Hall for the next month.
Posted by Adam A. Donaldson at 11:00 AM