City Council Preview - What's on the Agenda for the November 9 Meeting? 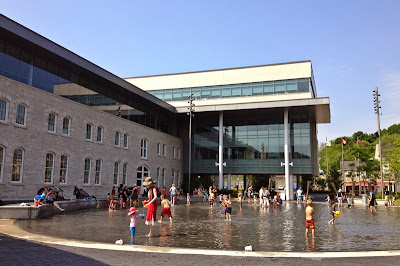 The real meat and potatoes of crafting the 2017 budget begins tomorrow night with the presentation of the tax-supported operating budget. How well will staff handle the ying of lower taxes with the yang of government funding?
CS-2016-70 2017 Tax Supported Operating Budget - To bottom line it, the forecasted budget is a 2.9 per cent increase over last year, but the recommended increase is 1.98 per cent. How did they do it? By limiting the departments to an increase of 0.75 per cent, correcting historical budget issues, and reducing overtime, learning and development, consulting fees, and by setting temporary salaries to zero.
So how will the city spend it's $221.9 million tax-supported operating budget in 2017? Municipal services will get the lion's share with 65.2 per cent, and that percentage will be further divided with 57.9 per cent going to Public Services, 16.3 per cent to General and Capital Financing, 13.8 per cent to Infrastructure, Development and Enterprise, 8.6 per cent to Corporate Services, 2.8 per cent to the Chief Administrative Officer, and 0.7 per cent for the mayor and council. The second biggest cut of the remaining 34.8 per cent of the overall budget will go to the Police Service with 17.6 per cent. Shared Services will get 10.6 per cent, the Library will get 3.97 percent, 1.9 per cent will go to Public Health, and the Elliott will receive 0.7 per cent.
The mayor and council budget, and the office of the CAO will each receive small increases; a bump of $13,600 will go to increased retainer fees to align with historical actuals for council, while the CAO office will get $79,293 for compensation and economic adjustments.
Infrastructure, Development and Enterprise Services will see a nearly 4 per cent increase over last year adding $767,078 to their budget, and even though the budget was actually reduced by $315,000 because of re-allocation of staff costs to Building Services, perennial negative variances in the department have been factored into the bottom line this year.
Public Services will also see an increase, this one 6 per cent overall, adding nearly $5 million to the budget. Costs went up in Public Services because of the transfer of operations of the Centennial Pool from the school board to the city, the new agreement with the Guelph Storm, and the removal of Provincial Gas Tax funding from Guelph Transit operating base budget. On the other hand, the city will get additional revenue from the University of Guelph UPass.
Corporate Services will also add another half-a-million dollars to its budget due to an increase in purchased services like IT software services and consulting fees, but Project Management is being realigned, and there will be an increase from new tax roll, arrears and interest on accounts receivable.
Of course, there are potential additions to be made to the budget if council sees fit. For example, staff has proposed the possible addition of nine full-time equivalent (FTE) positions including four new Paramedics for Erin Township, a Development Engineer, a Corporate Mobility Specialist, and a Business Development Research and Information Officer. It's important to point out that these aren't just flights of fancy, for example, the proposed Mobility Dispatch position needs to filled or Guelph will fail to comply with legislation.
Now you may get to the end of the report and say, "So where are the reductions?" The answer is that there are none. Reductions were built into base budgets limiting the overall net tax levy increase to 1.98 per cent, as departments were forced to reduce their own individual budget to keep any potential increases to three-quarters of one per cent. Council will vote to refer the budget to the December 7, 2016 meeting for deliberations.
***Politico Note: Bradley Breedon will be taking point on live tweeting from the #GuelphBudget meetings.
Posted by Adam A. Donaldson at 8:25 PM