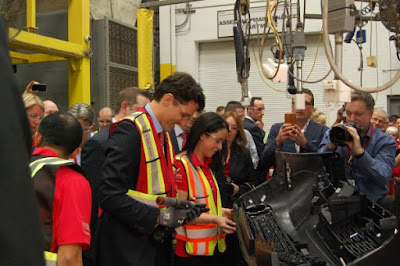 It was a good day to be on the first shift at the Magna Polycon plant on Independence Road in Guelph, because work literally came to stop as a special guest toured the facilities and made play that he was a regular everyday Joe Lunchbox. Prime Minister Justin Trudeau was in town for a photo op this afternoon, and in true Trudeau Mania fashion, it was a mob scene.


Flanked by Guelph MP Lloyd Longfield and Guelph Mayor Cam Guthrie, Trudeau toured the plant, and then, before the awaiting local press, donned some safety glasses and a safety vest labelled "Prime Minister" to do some riveting (or something). 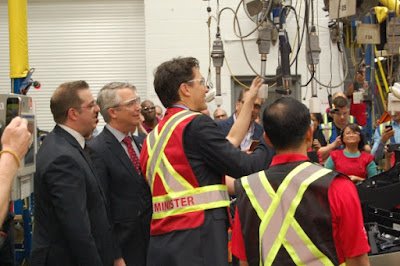 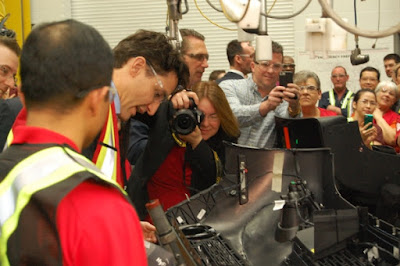 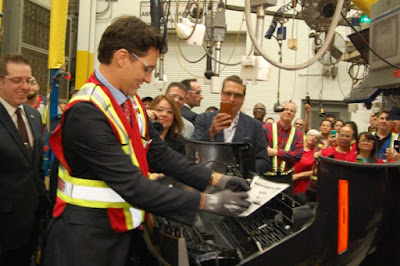 Of course, Trudeau also did some selfies with the workers. 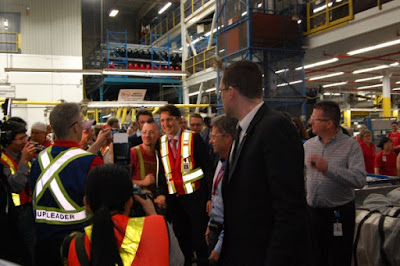 Here's a photo of Polycon staff working before Trudeau's arrival. 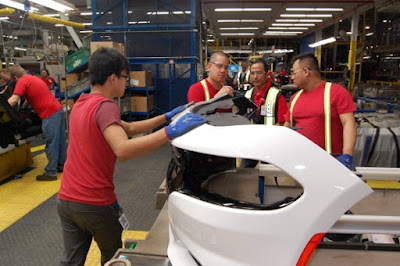 There were no questions from the press (not that you could ask because it was so loud in the plant), this was purely a photo op. The prime minister had spoken earlier at Fanshawe College in London.