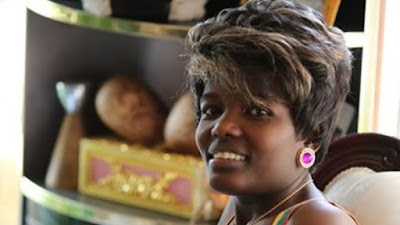 After nearly a year of questions, and the arrest last week of Stephan Dietrich on the charge of first degree murder, Guelph Police have confirmed today that the remains in the home on Vancouver Dr did indeed belong to Mimi Dietrich.


Here's the press release from the Guelph Police Service:

On July 19, 2014, Seble “Mimi” DIETRICH was reported missing to the Guelph Police Service.  She was last seen on July 10, 2014.  The unexpected disappearance of Ms. Dietrich was treated as suspicious and a team of detectives was assigned to investigate her disappearance.

On June 9, 2015, after an extensive investigation, the Guelph Police Service arrested and charged Stephan Dietrich, the husband of Seble, with first degree murder and obstruct police. Stephan Dietrich appeared before court on June 10, 2015 and remains in custody.   At the time of Stephan Dietrich’s arrest, police had not located Seble Dietrich.

The Guelph Police Service continued the investigation and on June 11, 2015 acting under the authority of a search warrant located human remains on the property of 55 Vancouver Drive in the city of Guelph. The remains were sent to the Forensic Services and Coroner’s Complex in Toronto for forensic examination. Police have been informed that a positive identification has been made and it has been confirmed that the remains are that of Seble “MIMI” Dietrich.

The Guelph Police Service would like to thank the community and many friends and family of MIMI for their support and information throughout the duration of this investigation.