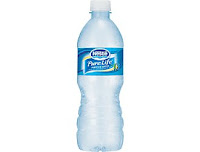 When the city cancelled a screening of a documentary called Tapped, seemingly at the behest of Nestle, the mob reaction was understandably upset. In the world of film publicity there's no such thing as bad press and now a movie that sits nestled between The Nature of Existence and Gasland on Netflix is getting the kind of attention that Michael Moore's invested years of self-promotion to get.
The screen of Tapped was to be part of Water Conservation Documentary Nights, a perfectly benign (and almost dull) sounding film series co-sponsored by Wellington Water Watchers and the City of Guelph's Water Services. Tapped was supposed to be the last film in the series screened on September 17, cancelled seven days before it was to be seen after John Challinor, director of corporate affairs at the Aberfoyle-based Nestle Waters Canada, wrote Mayor Karen Farbridge a letter outlining his dismay and disappointment that the city would co-present a film, which, as it turns out, does not cast his company in a good light.

"While we fully respect the right of film makers, environmental activists and the general public to express their views about our business, we expect all levels of government to take a learned, well-researched and even-handed approach to all matters that come before them, regardless of their nature. In our experience over the last several years, the federal government, all provincial governments and the vast majority of municipal governments across Canada have done so."

Now when the letter came out, and the City cancelled the screening, the spin said that the city recognized that there's not a lot of content related to Canada in Tapped, and were looking for something to sub that had more Can-Con. Of course, the cynical drew their own conclusion: the city was bowing to political pressure exerted by a powerful corporate entity in our municipality.
Now, Mayor Farbridge is enhancing the controversy by posting a blog outlining the reasons why the screen of Tapped was cancelled, and it had nothing to do with political pressure. "I have had advice from several quarters not to wade in because the decision to co-sponsor the Water Conservation Documentary Nights and to cancel this particular film was a decision of the Administration and not Council," Farbridge wrote. "This feels too politically expedient. It misses an opportunity to learn from the incident and to bring greater clarity to the roles of citizens and stakeholders in local government decision making. And I fear it will only add to cynicism about local government and the role of municipal employees."
The Mayor provided several bullet points sharing the inside information on the decision, and her opinion on the fallout, including a couple of telling portions. For instance, one might almost read between the lines, that the Mayor is inferring that the fault is on Water Services for not reviewing the documentary first and putting the city in such an awkward position: "Had Water Services viewed the documentary in advance, they would have been well within their rights to have not co-sponsored the showing of Tapped for professional reasons," the Mayor wrote.
The impression there suggests that someone at Water Services should have parsed the films before they were advertised as part of the line-up. Was that just Tapped or was it the other two films that were part of the series? The "professional concerns" seem fairly petty as water usage and the corporate selling of water are rather large issues that transverse boarder, but still, the justification for pulling Tapped on this basis is like suggesting that you can't serve lemon cake at a community dinner because lemon's aren't grown in Guelph. And what's more than that is the Mayor seems to be throwing into the conspiracy business.
"I personally feel Nestle was attempting to exert pressure on the City of Guelph by including the following paragraph in their correspondence," the Mayor wrote before quoting the letter: “Given that we are occasionally sought out by national and international business concerns to offer our perspective on Canada, Ontario and Guelph as places to invest, I would appreciate receiving your guidance about how we should respond to any future outreach by commercial interests regarding Guelph’s suitability as a place to invest.”
Hm. You know, you can argue all you want that there isn't a threat there, but your employer isn't threatening you either when they suggest it would be a good idea for the future of your career if you were to stay after work so the two of you could be alone. You can read between the lines, you see, The question is, if Farbridge was wise, and if she understood that most people would see through it, then why the game?
Consider this: a screening of a small, little known of documentary about water conservation, which would have otherwise attracted about a dozen people, turned into an appointment event attended by over 400 people and attracted luminaries like the Council of Canadians' Maude Barlow and the attention that brings. So one wonders if there were maybe two conspiracy theories here: the one where Nestle pulled the puppet strings, and the one where the city made the it work in their favour. You decide.
Posted by Adam A. Donaldson at 7:53 PM

Adam, thanks for the post and good links. As I have commented elsewhere, the bigger picture is it's always about some enemy with this administration, toward promoting itself -- and that we should all feel played. It's always about beating the drums about someone. And in saying that, I'm not being cynical, though cynicism is probably a sign of waining confidence in the admin for what it's telling us. It's about stepping back and seeing a pattern, and how certain politicians have benefited from it. I am mentioning this to you because I think you do have the political "freedom" to consider it. I will be commenting further on my blog. Check it out.