ELECTION UPDATE: No Mayoral Competition Yet, and 3 Incumbents Yet to Announce 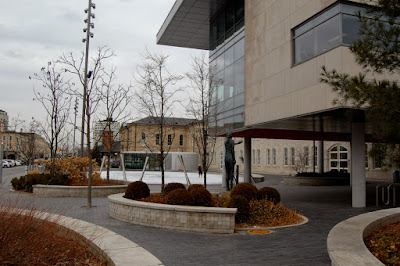 It's now less than two weeks till nominations close for 2018 municipal election candidates, so it seems like a good time to review the field, and look at the trends. Will the mayor run unchallenged? Might the entire council we have now be re-elected? And who might stand in the way of making that happening?


Running Solo? Mayor Cam Guthrie was the first person to file his election papers on May 1, and so far he's still the only that has filed nomination papers for mayor.
This is not an unusual phenomenon. Up the road in Kitchener, Mayor Barry Vrbanovic is so far the only candidate running for that office, while Cambridge Mayor Doug Craig and Waterloo Mayor Dave Jawarsky have one opponent each. In Toronto, Mayor John Tory has 17 competitions for his job, but so far none of them are considered serious competition.
Back in Guelph, Guthrie may not be enjoying his unopposed status for too much longer. On his Guelph Speaks site, Gerry Barker is making rumblings that an announcement for his candidacy might be coming next week.
"I have the support of a seasoned campaign team, plus a platform that is extensive and is described in detail in the No Frills Action Plan to be published next week," Barker wrote.
"My inclination is to run but the task is great and there are serious mitigating facts to be considered."
10 Down, 3 To Go. So far, out of all 13 current members of council, only three have not yet filed for re-election: Ward 1 Councillor Bob Bell, Ward 4 Councillor Christine Billings, and Ward 6 Councillor Karl Wettstein.
In a Guelph Today post last week, Wettstein was one of two councillors that told the site that they were unsure about running for re-election. The other was Ward 2 Councillor Andy Van Hellemond, who filed his re-election papers on July 9.
As for Bell and Billings, both have indicated that they are interested in running again, but there's reason to suspect that things may be changing, at least on Bell's end, due to the increased business success of his company WIKE. If Bell decides not to run, there are currently four eager people that wouldn't mind taking his seat.
Challengers of the Known. Many familiar names have stepped up to challenge the incumbents. Among them is Barbara Mann, a community activist who was part of the Smart Guelph Steering Committee and a co-coordinator of Jane's Walk Guelph, who's running in Ward 1. Mark Gernon, an HR professional, is also running in Ward 1.
Elsewhere, Guelph Community Energy Chair and co-founder of TradeForce Tech Jonathan Knowles is running in Ward 2, researcher and Community Energy Initiative task force member Patrick Sheridan is running in Ward 3, Guelph-Humber journalism student Eli Riddler is running in Ward 4, and former city councillor Lise Burcher is running in Ward 6. Alex Green, who ran in Ward 5 in the 2014 election, will try again this year taking on incumbents Leanne Piper and Cathy Downer.
School Bored. In the often forgotten school board races, it almost seems like they've actually been forgotten this year. Right now only one candidate is registered for the Ward 1 and 5 trustee, two people for Wards 2,3 and 4, and one for Ward 6 and Puslinch. If nominations were to close today, then all those candidates would be acclaimed with one spot left open for trustee of Ward 1 and 5. In the Wellington Catholic District School Board race, so far only two candidates have registered where a total of four must be elected.
Nominations for mayor, council, and school board trustee close at 2 pm on Friday July 27.
Posted by Adam A. Donaldson at 9:30 AM