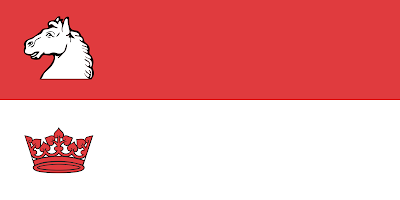 This week's Guelph Politicast kind of shakes up the format. Typically these are interviews with people, or clips of speeches either partial or whole, but on this pod I wanted to tell you a story, and that story is a tale of Guelph as we start the countdown to the Royal City's 200th birthday in just 10 years time.
Looking for a way to do something interesting for the 150th birthday of Canada this weekend, I started with the idea of researching another flashback article on how the Guelph Mercury covered centennial celebrations in the city in 1967. I'm still doing that, and it will be posted on Saturday morning, but in exploring the vast collection of Mercury microfiche at the University of Guelph library, I started to think of an idea to do something more Guelph-centric for the podcast.
So in wanting to talked about celebrations, I began crafting this week's episode to be about celebrations of Guelph's founding. The Mercury microfiche for the Royal City's golden anniversary in April 1877 was sadly missing, but the special edition of the paper released for the city's centenary in 1927 was a whopping 133 pages long. It was the length of one of those weekend editions of a major paper including all those sections you never, ever read. But in that special edition there was some great stuff about Guelph's early days, a wonderful trove of research, factoids, and anecdotes of Guelph's first 100 years.
So that precious treasure, plus coverage of Guelph's 150 anniversary in 1977 and its 175th anniversary in 2002, forms the basis of this week's podcast. It ended up being a surprising amount of work, but well worth it because I learned a lot of things about the history of this town, and some fascinating things about the man who founded it, John Galt. It's also interesting to look at historical trends and see how the events of the past have affected, and are still affecting, the Guelph of today.
So I hope you like a history lesson, because that's what you're getting on this week's Guelph Politicast!