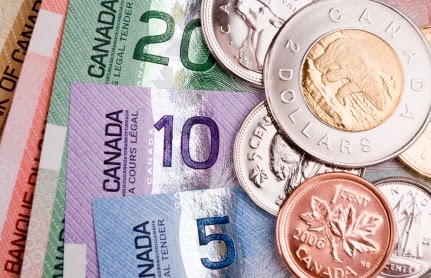 The year started off with council already contentious about the budget process. Mayor Guthrie had announced his intention to bring a motion to the January 19 council meeting that would state that the city government should set itself the goal of not raising taxes anymore than the rate of inflation for the coming fiscal year. Of the seven councillors out of 12 that responded to the Guelph Tribune's request for comment, four were against the motion and three were against. Although the motion has since been delayed, some feel as though the mayor was going too far too soon.


While many councillors who disagreed with the motion felt that they didn't want to set a ceiling over the process before any hard numbers were released, others felt there was a matter of protocol being missed. “As the chair of finance, I was as surprised as everyone when the notice of motion came forward from Cam,” said Ward 3 Councillor June Hofland in an email to the Tribune. Hofland as chair of the finance committee would have liked to have seen the motion come through channels. “I believe in the spirit of teamwork it would have been a simple courtesy to inform the chair of his notice.”
The mayor's motion, although never definitively worded, was withdrawn last week when it looked like both Councillors Hofland and Karl Wettstein of Ward 6 would miss the opening meeting of the 2015 budget process. Instead, Guthrie said that "my motion will be a referral to discussion at committee," he told the Guelph Mercury.
Guthrie did not raise his motion though at Monday's meeting, although a similar one was passed by council. Ward 6 Councillor Mark MacKinnon put forth a motion to direct staff present options on how council might make the decisions to keep any potential tax increase inside Ontario's 2014 rate of inflation, and it passed overwhelmingly. According to the rookie councillor, matching the tax rate to the rate of inflation was an idea he heard repeatedly on the campaign trail.
"The important thing is that constituents want more information," MacKinnon told the Mercury. "They want options. The rate of inflation is not important to me, but the need for options is. The final numbers should be dictated by what council wants and needs. But we do a disservice to constituents if we don't consider what they want. Options are good."
Options are good, but not everyone on council thought well of the motion. "I voted against the motion because it felt unnecessary,” Ward 2's James Gordon told the Trib the day after the vote. "Presenting options for budgeting is part of the process that staff undertakes as a matter of course anyway."
"I was also concerned that since the motion itself didn’t seem to have much value right now, approving it could be perceived by the public as being political posturing," he added.
As for the timetable of the budget, some primary dates have been pushed back. The capitol budget will be presented on February 25 with public delegations to be heard at that meeting date as well. The presentation of the operating budget will now move a week later to March 5 with delegations to heard on March 11. The budget will be finalized on March 25, although a meeting date of March 31 has been set aside in case deliberations take longer than expected.
Posted by Adam A. Donaldson at 10:27 AM