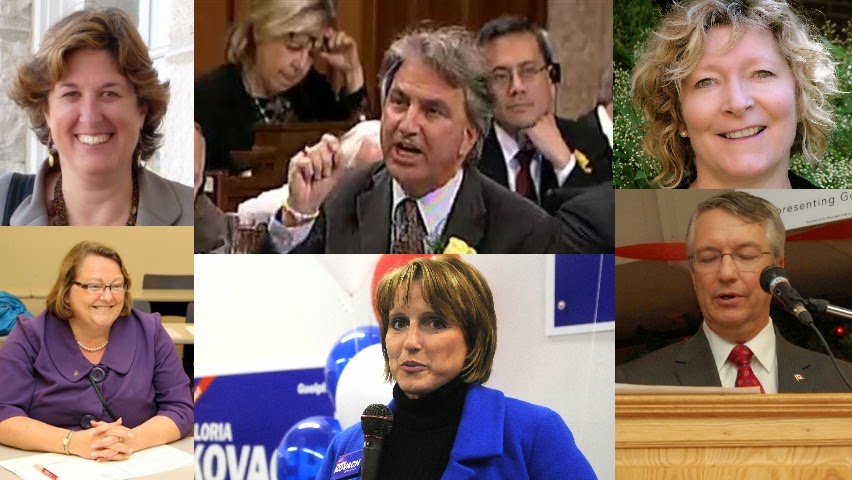 Since the announcement that Frank Valeriote had decided not to run for re-election last fall, it seems that local Liberals have been in non-stop campaign mode. Former Guelph Chamber of Commerce President Lloyd Longfield threw his hat into the ring fairly early, and was swiftly followed by scientist and author Wendy Powell. But if the local race for the Liberal nomination is big enough for two people, is it big enough for three? Or four? And what of the other parties? Is anyone else having election thoughts with the general election still over nine months away?


For instance, a story in the January 8 edition of the Guelph Tribune strongly indicated that former Ward 5 city councillor Lise Burcher was considering a go at the Liberal nomination. “It is ramping up quickly, and the outreach is happening quickly,” Burcher told the Trib.
The sudden passing of Burcher's partner, former Puslinch mayor Brad Whitcombe, back in November had forced her to contend with more pressing personal matters, but Burcher said that she's very committed to running for and winning the Liberal nomination. “It was something that we had planned on together, and he was very supportive,” she said of Whitcombe. Burcher's nomination website went live earlier this week.
But if three's a crowd, what about four? A Campaign Research telephone survey conducted in Guelph last week asked respondents what they thought of the idea of former Mayor Karen Farbridge running for the Liberals. Along with other questions concerning Longfield's candidacy and Justin Trudeau's chances at forming the next government, the survey floated the idea that Farbridge could represent Guelph on Parliament Hill. But would she?
Fascinatingly, one of the earliest prognosticators of a Farbridge run at higher office was Gerry Barker, who floated the possibility in a blog post last month saying, "The word on the street is that the phoenix may rise from the ashes and contest the upcoming Guelph Liberal party nominating convention prior to the 2015 federal election." What insight! Of course, the Campaign Research poll also raised the potentiality that Farbridge could run for the NDP. Perhaps that will depend on how tight the Liberal race is.
Also of interest from the survey is the mention of Gloria Kovach's name as the potential nominee for the Conservative Party here in the Royal City, an unenviable undertaking for the eventual candidate following in the wake of both Marty Burke and the robocall scandal. Valeriote barely beat Kovach by three per cent when she ran against him in 2008, another open race following the retirement of Liberal MP Brenda Chamberlain.
What's doubly interesting in the context of the survey though is that Kovach name was the only one mentioned in the regards to representing the Conservatives in Guelph. And if Kovach has been considering a second run at representing Guelph in Ottawa she's certainly holding her cards close. In an interview last week with the Guelph Mercury, Kovach said that she's not ruling it out, but she's not ruling it in either.
The other great unanswered question from this survey is who commissioned it? With the content leaning so heavily to the Liberals, and the lack of imagination on the part of the survey as to who might run for the other parties, it might be easy easy to assume that the Grits had it commissioned. Or perhaps it's an interested third party looking to smoke out who the players might be in the upcoming election. Stay tuned.
Posted by Adam A. Donaldson at 2:15 AM