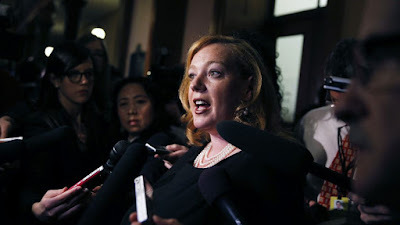 Yesterday's announcement that the Progressive Conservative government was reforming social assistance, while ending the Basic Guaranteed Income pilot started by the previous government, caught those combating poverty by surprise. In a word, the Guelph & Wellington Task Force for Poverty Elimination is "dismayed."


"The Poverty Task Force is incredibly dismayed by these announcements," read an e-blast sent yesterday after the announcement.
"The PTF believes that a basic income is required as part of any coherent strategy to eliminate poverty. Ending the basic income pilot before participants are prepared and before results could be measured, effectively cancels the dignity, independence, and health offered to participants and limits future possibilities."
Yesterday's announcement in Toronto not only ended the Basic Income pilot, which is not even in the middle of a three-year study, but it cut a previously announced increase in social assistance from 3 per cent to 1.5 per cent, and promised to announce a reform of social assistance in the next 100 days.
“We need to do more than just help people remain mired in poverty,” said Lisa MacLeod, Minister of Children, Community and Social Services, in announcing the reform plan. “We’re going to hit the pause button on the previous government’s patchwork system and replace it with a system that helps stabilize people in need and support them to succeed.”
The Task Force is less than certain of that last point.
"The PTF is concerned about the Government of Ontario's intention to reform social assistance in the next 100 days. This will be the 3rd review in 7-years. We need to build on work already done and move toward adequate rates and supports," they wrote.
Adding insult to injury is that on the campaign trail, the PCs said that they would allow the pilot program to proceed. “Nope, as mentioned we look forward to seeing the results,” said spokesperson Melissa Lantsman back in April.
It was in April that the pilot finally secured all 6,000 participants between the ages of 18 and 65 in Hamilton-Brant, Thunder Bay and Lindsay that the pilot needed to begin. So essentially, the PC government is pulling the plug just as the three-year review has barely got started.
You know who else doesn't like this announcement? Mike Schreiner, Leader of the Green Party of Ontario and MPP for Guelph
“The Conservative government’s leadership style is to cut first and think later. They are more interested in tearing things down than building Ontario up,” said Schreiner in the Legislature yesterday.
“To wipe this program off the books before collecting any information about it tells us that this government doesn’t care about the facts. They are driven by ideology, not what is good for people.”
According to Homeless Hub, there are 2,102 households in Guelph-Wellington on social assistance, and the average dispensation per month for a single person is $706. The average rent for a one-bedroom apartment in Guelph, if you can find one, is $952 per month.
Posted by Adam A. Donaldson at 1:25 PM