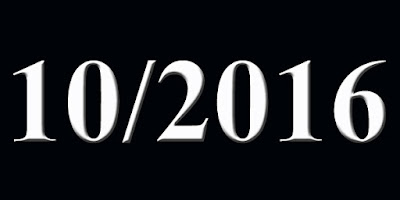 It's that time of year for lists, a glorious time for ranking and evaluation people, places and things that happened in 2016, and Guelph Politico is no exception to the trend. So submitted for your approval below are the Top 10 Political Stories of the Year. Share. Discuss. Dissent. It's all good.


10) Natural Born Filler - For people that like to follow Guelph development projects long stuck in neutral, it was good news this year for that 13-acre lot at 200 Beverly Street. A memorandum of understanding was brought to council this month to finally start to move forward with remediation and redevelopment of the old IMICo site, a toxic stretch that the City's been unable to do anything with since IMICo folded in the 90s. Council is now pinning its hopes that this circle might finally be squared, and the brand new development on this land, anchored likely by some kind of affordable housing, might further spurn growth in the Ward.
9) Hockey and Bullwrinkle - It was a sweltering day in July when it was announced that the Guelph Storm would be staying in the Royal City for the next decade. The spin on the story was positive, and the city certainly loves their OHL players (especially if they're winning), but while the benefits are obvious, the demerits weren't exactly advertised. To wit, the discontinuation of the free rides on Transit for Storm ticket holders, also the $5 million in revenue lost on the Storm leasing the Sleeman Centre. Questions persist on what the Storm pay to play in Guelph, and the new deal did little shed light on that, or the grander concern of how revenue's gathered to offset the cost of the Sleeman Centre to the City.
8) Shadow Hunters - The developers must have thought they had a slam dunk on their hands. A five-storey apartment tower, plus $3 million in federal grants, plus 20 affordable housing units? It was a win-win-win. And then everybody came out against the proposed 75 Dublin St N development. From heritage preservationists, to concerned parents, to seniors that might take advantage of the development if it weren't fond of the location, the message from the public seemed clear: thanks, but no thanks. In the end council approved a four-storey development, but whether or not it will happen now is still up in the air.
7) Union Station - It looked like it might be a bad year, labour-wise speaking. Three different unions made up of city employees were all negotiating new contracts, and the message from city council was clear: a no-nonsense and restrained new contract that balanced fiscal responsibility and employee expectations. For a minute there back in April, it looked like the City was heading for a strike by clerical staff, outside workers and library employees, but several days of hardcore negotiation pulled out a win both City and Staff could live with. In the meantime though, both firefighters and paramedic are still in arbitration.


6) In Transit - Despite the vocal objections of numerous people, transit service was cut way back in 2016, and the results were predictable: people were upset, messages from management were mixed, and the service likely lost more than it gained. Proof that council screwed up on this was seen at this year's budget meeting when half-hour service was restored on two stat holidays, which was a very small victory, but the city's transit users would take what they could get, especially since proposed service expansion was taken entirely off the table for 2017.
5) District Fine - Some of the most contentious moments in the council chambers this year had to deal with the twin furies of District Energy and Guelph Municipal Holdings Inc., and if you're still having trouble wrapping your head around it all, you're not alone. There's no doubt that D.E. didn't deliver, and that the benchmarks set for its success were no where near what was capable of being delivered, but GMHI seemed to go down with the ship - as it were - as the successes and failures of both endeavours seemed get lost and tangled in each other, and all the while some on council seemed all too eager to point fingers. In any event, the important subject of Guelph's power needs got lost in what a lot of people saw as a political slap fight.


4) On the Water Front - This wasn't the first time Nestle's Permit-to-Take-Water has come up for renewal, but it was the loudest in terms of opposition. The timing was right, with the dry summer and Nestle apparently snaking a well out from under Centre Wellington, extreme awareness was created in the public. Councillor James Gordon, reading the local tea leaves, forced the issue at City Hall, and gave those concerned about water preservation somewhere to direct their energy, and the people came out in force not just once, but twice. In the end, the City sent a strong message to the province that after months of dragging its feet, something on water-taking had to be done.
3) Fight Club - District Energy was the cause of just one internal fight on city council this year, there were at least two others (one *sorta* caused by me). Some councillors walked out of a closed meeting back in January, nearly costing council its quorum, and Guelph Politico's investigation of that affair led to the disclosure of confidential information and a verbal donnybrook at council to get the guilty party to identify themselves. Then, things got even testier when Councillors Gibson and Gordon got into it at council over Gibson apparently reading sarcasm into one of Gordon's tweets. It's heartening to know that these incidents are the exception rather than the rule, but they nevertheless playing into the perception that council is a dysfunctional mass that  can't work, or play, well together.
2) Manager Issues - Guelph's managerial musical chairs continued this year with only rumour and innuendo to lend anything resembling insight as to why such high-profile positions can't seem to keep the same person at their desk for too long. Ann Pappert stepped away as Chief Administrative Officer even in the midst of renegotiating her contract for another five-year hitch. Her replacement, Derrick Thomson, was on his way out of town when the CAO office opened up, so there's no doubting his dedication to the City, but why was he leaving initially? As for Transit General Manager Phil Meagher, he was fired with little fanfare, and no further explanation in the midst of a major pending service review. It's troubling, but the comment on staffing from City Hall is, as always, no comment.
1) Paper Angels -On January 29, the Guelph Mercury shut its doors just one year shy of a century-and-a-half of publishing in the Royal City. Sure, it was a sign of the times, but it was also a sign of just how underappreciated the paper was, and just how little its parent company, Metroland, thought of the people of Guelph to whom they were supposed to serve. Was closing the only option? What about that big building the Mercury was based in, couldn't that have been sold for quick cash? Couldn't the Guelph paper been folded into the Waterloo Region Record as a "Guelph section"? 'Twas ignorance all around that killed the Mercury, and the Guelph was left hanging without the most vital service offered in a democracy, a free and open press. And there are many who still don't fully appreciate the consequences...
Posted by Adam A. Donaldson at 5:30 PM