Robocalls - The "We Just Kidding" Excuse 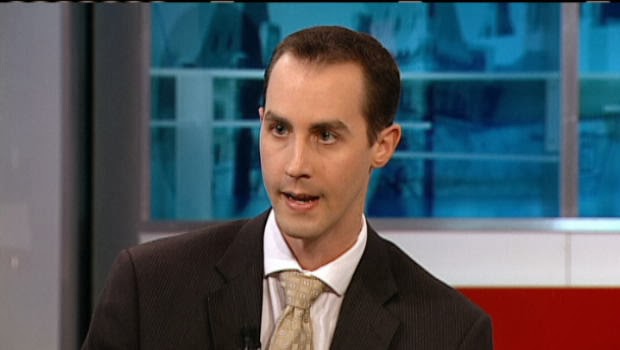 The legal action around the 2011 robocall scandal is another reminder that real-life legal proceedings are nothing like Law & Order; one hour and you're done! The bad guys are in jail, and it's on to the next case. The comparatively glacial pace of real-life legal matters as compared to their fictional TV counterparts in understandable - We want justice, and we want it now! - but the wheels of jurisprudence grind slowly and deliberately. Every once and a while though, news breaks and we get somewhat closer to a resolution.
In the news this week were the details of a partially lifted publication ban on the case thus far against Michael Sona, director of communications for the Guelph campaign of Marty Burke during the 2011 election. Sona is charged with wilfully preventing or endeavouring to prevent a voter from casting a ballot, and the court placed a publication ban on the case this past August. After petitioning by various media sources, including PostMedia and the CBC, the ban was partially lifted in September, but the full ban coming off this past Wednesday. As for Sona himself, court proceedings have been held over till June at which point it will be decided whether or not Sona will be taken to trial, but the new papers suggest that he maybe somewhat less than the innocent pawn he's been selling himself as since he was thrown under the bus by the party he so loyally served last year.


The lifting of the ban means the release of the names of witnesses - some of whom were reluctant to come forward fearing retaliation and scrutiny - who've given testimony to Elections Canada investigator Al Matthews. According to the CBC, six witnesses are highlighted in particular, and all of them were highly placed staffers for either Members of Parliament or Members of the Senate; some of them are still employed by the government in some capacity. The testimony they gave seemed to indicate that Sona had bragged to them about "a scheme to trick voters," which some have come to interpret as a tacit admission of complicity in defrauding the vote in Guelph through robocalls.
As reported in another article by the CBC, "Michael Sona, in the period shortly after Election Day, advised several of his acquaintances of participation in the false calls made to Guelph electors," Mathews wrote. He added that one witness told him that Sona  "gleefully boasted" about the ensuing chaos of the robocalls, and another still described how Sona told them that he bought a "burn phone" and "a Visa card with cash so that it could not be traced," both of which "Pierre Poutine" used to set up the account with RackNine to make the fraudulent robocalls.
Adding insult to injury, interviews further accused Sona of obtaining a list of non-Conservative supporters, "by impersonating someone from the Liberal campaign, using an alias." Sona, according to Matthews' report, "readily confessed to using telephone calls to misdirect Liberal voters," and added that "Sona readily responded [to a question about the matter] that the candidate [Marty Burke] had not been aware of this."
So how does Sona respond to all this? "You lost today, Prosecutor. Better get used to it," he tweeted to Crown Attorney Croft Michaelson.


Stay classy, Michael.
When asked to clarify by Global News reporter Laura Stone, Sona tweeted that the witnesses mentioned in the investigation materials will be forced to deal with the harsh light of the public glare. "It's what I've been having to deal [with] for last year. And now they're exposed to the same public scrutiny," he said.
Of course, witness harassment was a genuine concern when the Crown fought to keep the publication last month. Another article on CBC.ca quoted a statement by Crown prosecutor James Clark saying that there is "evidence that harassment of witnesses is already occurring" but "Mr. Sona himself has demonstrated that he will attack these witnesses personally, persistently, and publicly once their names can be published."
But the unholy wrath of Michael Sona unbound by social media isn't the only thing that witnesses have to fear however, some witnesses have also mentioned their concern for their jobs and casting the negative light of the scandal on their bosses. Aside from the mentions of a certain reluctance on some witnesses to come forward as mentioned in the released affidavits, one witness told Matthews that, "You let your fear run with you and then that would be embarrassing for the minister. I would say that was also a huge primary fear of mine."
Not helping that fear, probably, is the ubiquitous presence of Conservative Party lawyer Arthur Hamilton at many of these meetings with Elections Canada. If the released interview materials are most shocking for what the witnesses said about Sona's comments regarding the robocalls, their second most shocking revelation is that Hamilton's putting in a lot of billable hours hand-holding staffers during simple, straightforward interviews with Elections Canada. Another question, why would Jenni Byrne, then-the Conservative Party's national campaign director and now Prime Minister Stephen Harper's deputy chief of staff, tell Burke campaign deputy manager Andrew Prescott* to “Please hold off doing anything until I consult with a lawyer,” when Prescott asked about Matthews request for an interview? Prescott spoke with Matthews via teleconference with Hamilton, but has never provided the Elections Canada investigator an interview in-person and has since retained private council.
*Interesting side note to the man who blogs as the "Christian Conservative Independent," his online silence remains despite some occasional snide remarks via Twitter and a post on his blog from May entitled, "Random thoughts... Emerging from my hiatus?" In the piece he mentions how his application to cover last month's Conservative convention as a member of the media was rejected saying, "You go and try to be a good soldier, and wind end up getting the short end of the stick anyway. Figures." Oddly enough, from what I've read about media access at the convention, I think Prescott might have had a better time paying for his credentials.
The perception of such hands-on involvement, by prominent party members with the investigation hasn't been lost on conservative commentators either. Andrew Coyne tweeted (over two tweets) that, "This bears repeating: why would the Conservative party lawyer and national campaign director take such an active interest in the case of a single rogue campaign worker? Coaching witnesses, telling others not to talk to investigators."
To say that Hamilton and others may have been "coaching witnesses" is a serious, though as of yet unproven, accusation. Still, what are we to think considering that a witness can't talk to an investigator without the counsel of this one, singular Tory lawyer. One the one hand, the (constant) presence of Arthur Hamilton at these interviews suggests that the Conservative Party takes these charges and this investigation very, very seriously, but on the other hand, there's a stray line from one of the interview transcripts that gotten some ill-advised attention.
Rebecca Docksteader, a former staffer for Conservative MP Chris Warkentin, said in her interview that it was her theory that something less insidious might have been happening. “I guess there had been some type of juvenile competition between the Liberal and Conservative campaign staff,” she told investigators. "We understood that there was, you know, maybe one other person involved … it was more of an individual endeavour."
If Guelph were the only riding this happened it, one might be more inclined to give the "prank" theory a bit more weight, but over 200 ridings across Canada reported issues of voter fraud. If it were a prank, it would be the biggest practical joke in the history of the world, and the people these witnesses should be talking to is the Guinness Book of World Records, not Elections Canada. Of course, if the robocall scandal were even that benign, why were highly-place government officials telling witnesses to consult lawyers before returning phone calls to Elections Canada?
"I don't buy it at all," Guelph MP Frank Valeriote told the Guelph Mercury. "This happened in 200 ridings across the country. It wasn't something exclusive to Guelph. It took more than (one person) to deploy whatever strategy was developed. They had to identify Liberal voters not only in 200 ridings, but they had to identify places to send them to in these different ridings."
A couple things remain certain: this was not an "individual endeavour" as Rebecca Docksteader theorized, many of the people involved in the Burke campaign have yet to talk on the record about what they knew and when, this scheme was so much bigger than Guelph, and despite being the only person charged thus far, it's also much bigger than Michael Sona. The wheels of justice grind slowly, but they are grinding, and so far the only one being ground is Sona. Despite his apparently cocksure attitude we have not heard the end of this. Not by a long shot.
Posted by Adam A. Donaldson at 2:09 AM