Temple of Doom? Why is the Sikh Temple Causing so much Controversy? 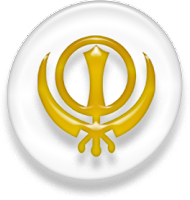 Yeesh. What's the deal with all this controversy around the Sikh temple? The Guelph Mercury made it front cover and centre in the weekend edition, just in time for the matter to be discussed at a Council planning committee meeting tomorrow night.

The proposal is whether or not a four-acre piece of land in the southend of the city along Claire Rd between Victoria Rd and Tolton Dr will be re-zoned to allow the construction of a Sikh temple on the site. Currently, Guelph Sikhs meet weekly at an old beer store on Stevenson, so a 18,000 sq. foot temple for 400 worshippers would be, if you'll pardon the expression, a Godsend.

But then there's the other part of the story. A grassroots campaign made up of area residents has pushed back at the re-zoning proposal and list a myriad of reasons why that particular area is no good for a Sikh temple. Now that's perfectly fair and within their right at citizens, but a chilling prospect quickly arose in regards their desire to stop the construction of the temple: charges of racism.

A website called Stop the Temple went online earlier this month as a way for people to organize and stay informed. But a couple of weeks later, on the same day, two posts were put up on the site that changed the whole frame of the debate:

"First its a Sikh Temple. Next it will be a Mosque. Both are violent cults and next it will be a memorial to martyrs aka terrorists. We must stop this eastern influence."

"So any middle eastern minority wants something, They'd better get it! If we oppose..we are all racist, and discriminating! God forbid we offend these people. Last I checked, they are suicide bombers, child molesters, they kill their kids because they go out after dark, rapists, Con artists, Scammers. Sorry no offence I dont want to take the risk of hundreds more moving to this community, and opening hundreds of corner stores, pizza pizza's and subways. Enough is enough. You have Brampton. Move there, stay there, and leave our city alone."

A third post two days later spelled Sikh as "Sheik" but I'll chalk that one up to spelling difficulties, a malady that I can relate too. However, those first posts remain paradoxically disturbing. Who would say this? Where is this ignorance evident in what many of us consider as Guelph the tolerant, Guelph the open-minded?

The Mercury's Scott Tracy wrote an editorial which has received some pretty enthusiastic feedback, with people against the temple asserting they're not racist and everybody else asking what's the problem then. There's no reason to doubt the sincerity of the people against the temple when they say they are not racist, nor do I doubt that the two comments from above represent an extremist view only. Still, I'm forced to wonder: why so vehemently against the temple? Let's look at the arguments against:
Those were more or less the main issues I've heard brought up, and when I look over that list the whole notion of racism (or at the very least discrimination) on the part of opponents seems even more stark. If this is the best of the dissenting arguments, then it's no wonder that people think that racism is the real underline cause.

But as I said, I do believe that people are sincere in saying that these are the problems they have with the development of the Sikh temple, I'm just having trouble believing it. I'm also not sure what's coming up at council tomorrow night, but I have a feeling that it's not going to stem the negativity, or appease those against the project. The tricky thing about racism is that people can be racist and not even know it, not even realize. But we have to ask, why is it that of all the construction projects in the south end, these 400 acres represent the biggest threat to neighbourhood stability?
Posted by Adam A. Donaldson at 2:39 PM

It really is too bad that the ugly side of our community has reared its head on this one. It is pretty laughable that the best argument they can come up with is aesthetics in what can only be described as the "Mississauga" ward of Guelph.

I find the response from the South End shocking. I'm originally from Whitby, a very white and conservative suburban town, yet there was no opposition (or at least none that was significant enough to be reported on) when a mosque was built in a residential neighbourhood a few years ago.

In my defense, I just don't want any religious establishment in the area, doesn't matter what religion it is. Also my bedroom faces Clair road, and hearing tons of cars passing through Sunday morning, not my idea of a fun Sunday morning. Lastly, the picture of the building, does look awful.. really awful.. Other than no issues. I'm not from Guelph, come from a very multi-cultural city, and have many friends from many different cultures. I have to say Guelph is a little too "white" but putting a sikh church doesn't make the city more cultural, just imposes more religion.. Also not a fan a Jisk, and upset that a super store is not opening up any time soon. But I don't say or do anything about it, where I'm from no one does. Nice to see a city where people fight for what they want or don't want. I say go for a sikh Church in Guelph if that's what everyone wants, just not on Clair road. How about the industrial part in south end? That's my two cents. If anyone cares...