Mangez: The Best of the Chains 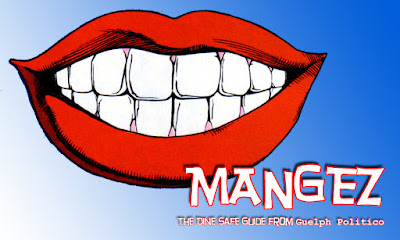 Two times every month, Guelph Politico publishes a dine safe guid called Mangez, which takes the latest results from the Wellington-Dufferin-Guelph Health Unit and breaks them down according to which local eateries are perfect, which have some issues, and which aren't serving dinner anymore. Now there are a lot of eateries in town that are part of the same brand or chain, and you maybe wondering, which of them is the best when it comes to their twice-annual inspections? Wonder no more.