City Council Preview - What's on the Agenda for the July 10 Meeting? 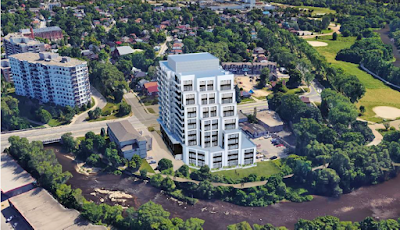 The last planning meeting before a summer break will bring a number of potentially controversial developments to council, and some decidedly less controversial rezoning decisions.


CON-2017.29 Integrated Operational Review (IOR) – Program Completion Report (2013 – 2017) - It's a report six or seven years the making! In 2010, the City of Guelph adopted Prosperity 2020, an Economic Development and Tourism Strategy meant to attract and retain business partners to the city through various methods to create clear, concise and timely communications and interactions with City Hall. Two reports were commissioned, the first in 2011 interviewed staff and stakeholders to find problems, and the second in 2012 outlined 23 recommendations to make changes. This follow-up report, updating the work done on those 23 recommendations from 2013 - 2017, shows basically a completed checklist. Much of the work is still ongoing, but for the most part
CON-2017.30 745 Stone Road East and 58 Glenholm Drive Proposed Zoning By-Law Amendment (File: ZC1608) - These spots are empty lots right now, and developers are looking for them to be rezoned to allow for the construction of two new residential lots on 745 Stone, and three on 58 Glenholm.
CON-2017.31 1131 Gordon Street Proposed Zoning By-law Amendment (File: ZC1609) - A developer wants to build a cluster townhouse complex of eight units on this property where currently stands a single solitary dwelling. Council needs to approve a bylaw change before work can begin on the project.
233-237 Janefield Avenue Proposed Official Plan and Zoning By-law Amendment - This seems to be the week for high-density housing projects being brought to council for their statutory public meetings. To kick things off, a complex that, if approved, will cast a shadow on the Holiday Inn and Stone Road Mall. An 'L' shaped development is being proposed for this empty plot of land on Janefield with one side being 12 storeys, and the other side being 10 storey, with the two parts connect by a five-story structure. In all, 185 units are being proposed for the development, and the land needs to be predesignation from "Residential Apartment" and "Service Commercial" to a Specialized R.4B to allow for a development of this size.
71 Wyndham Street South Proposed Official Plan and Zoning By-law Amendment - This could be the big one, and in a literal sense. Presently, 71 Wyndham S. is a pair of storefronts, but in a couple of years it could be 14-storey apartment tower with 140 units if Tricar gets its way. A number of allowances will have to be made before that happens though. Presently, the Downtown Secondary Plan calls for a maximum building height of 10 storeys, which will likely be the main sticking point, but the plan also calls for a change in the building's angular plane to the Speed River be 60 degrees and not 40 degrees as required. The land will also have to be rezoned to allow for construction of a residential high-rise there.
19-59 Lowes Road West Proposed Zoning By-law Amendment and Vacant Land Condominium - Round two! This item came to council for a public meeting last November, when a number of area residence spoke out about concerns as varied as tree loss, drainage issues, and whether the number and type of townhouses proposed fit the character of the neighbourhood. The developer is now coming back with a revised application that will see 36 cluster townhouses be constructed here instead of the original 60. Reid’s Heritage Homes has also made other accommodations that will hopefully allay the concerns of residents.
CON-2017.32 Proposed Downtown Zoning By-law Amendment (ZC1612) - Conundrum: the current Downtown zoning bylaw does not reflect the present vision, policies or land use designations for Downtown Guelph. Solution: the following update. Certain definitions have been added (“transparent window,” “automated parking system”), and certain definitions have been altered (“government office,” “public parking facility” and “mixed-use building”). Regulations for bicycle parking space dimensions have been deleted, and there have been some alternations to specific technical definitions. There have also been some specific rezoning changes that were needed, like 45 Yarmouth St where a recently-approved high-rise is going up, for example.
Posted by Adam A. Donaldson at 9:00 AM