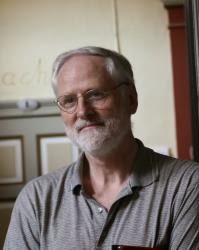 Although the scandals in Ottawa continue to compound, it's worth noting that the scandal that literally kicked off the Federal government's first majority term in office is still very unresolved. The 2011 robocall controversy does still occasionally swim in and out of the media consciousness, but despite a singular arrest, the case is far from closed, and a great many questions remain unanswered. One of those truth seekers though is Michael Keefer, an emeritus professor at the University of Guelph. He's doing a talk in Guelph on March 13 outlining his case and what he's uncovered so far.
The lecture, entitled "Sabotaging Democracy: The Conservative Party's Telephone Fraud in the 2011 Election," will be given March 13 in the Mackinnon Building, Room 120, 7-9 pm on the University of Guelph campus. "Sabotaging Democracy" is also the name of a book that Keefer is currently in the process of finishing* and is expected to be released sometime later this year
(*In the interest of full disclosure, the author told me that me, or rather this blog, was quoted in one of the chapters of the book in regards to how the scandal unfolded.)
Keefer himself is a Professor Emeritus in the School of English and Theatre Studies at the University of Guelph, he taught there for 20 years and wrote on English Renaissance literature, early modern philosophy and textual-critical theory. Recently, he's been more focused on modern political matters, authoring articles and essays on electoral fraud, Canadian foreign policy and other topics.
Description of the talk:

In April 2011, Canada's governing party organized a nationwide campaign of telephone fraud aimed at suppressing the turnout of opposition voters--who were targeted in ridings across the country by well over three-quarters of a million vote-suppression phone calls. There is evidence that this fraud gave the Harper Conservatives their parliamentary majority. Michael Keefer's scrupulous analysis shows that there is also evidence as as to how this 'state crime against democracy' was organized, and how a lethargic and underfunded enforcement system has enabled its perpetrators to escape scot-free.

You can stream the episode here, or download it from the source here.


The theme music for Guelph Politicast is "Volksing Ferretismico" by  Goto80 and the Uwe Schenk Band from Silent Movie Pianos 1 - Action and Marches.
Posted by Adam A. Donaldson at 4:52 PM