Robocall Scandal: Are the Dominos Falling... 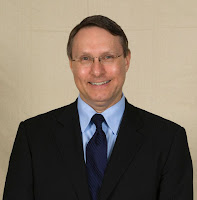 Big news today out of Etobicoke Centre - and it's not too often you get to write a line like that - in what maybe the first political causality of the Robocall scandal. According to Ontario Superior Court Justice Thomas Lederer, the election results in the riding from May 2nd, 2011 are invalid, and if the ruling stands, a by-election must be called there. If you'll recall Etobicoke Centre was the riding where Conservative candidate Ted Opitz beat Liberal incumbent Borys Wrzesnewskyj by a mere 26 votes.
But interestingly, it wasn't the potential illegality of the robocalls that overturned this election. In his 41-page ruling, Lederer said that it was voting irregularities, clerical errors involving improper registration and/or vouching of voters, that prompted his decision to put aside these election results.
"This election was conducted by responsible public officials and well-intentioned individuals, who were motivated by nothing less than a desire to do the job properly," Lederer said."What this case represents is an opportunity to learn, and for the process to evolve in order to guard against the particular problems that appeared in this case."
In all, Lederer put aside 79 votes, more than three times the 26 that Opitz beat Wrzesnewskyl by. So now the question becomes, what is the government going to do in Etobicoke Centre?
In all, there have been about half a dozen occasions in Canada where the court has put aside election results, the last time being 1988, when an Ontario Supreme Court judge threw out the results in a York North riding, which was won by Liberal Maurizio Bevilacqua, due to a high volume of questionable ballots. Bevilacqua re-won his seat in the by-election with a bigger margin of victory.
So what happens next? Stay tuned.
Posted by Adam A. Donaldson at 5:51 PM